Salt and sugar may be at the top, but oils are right up there in the list of ingredients that are absolute must-haves when it comes to cooking. It is no secret that oils have a high fat content. But some oils contain fat that’s good for the body. Case in point is the organic groundnut oil, which is high in monounsaturated fat, the ‘good’ fat and low in saturated fat, the ‘bad’ fat. Its good qualities don’t just stop there. Let us find out more.


1. It contains vital nutrients.
As little as one cup of organic groundnut oil, around 216 grams contains about 2000 calories of energy. There are whole diets spanning breakfast, lunch and dinner that constitute a 2000 calorie diet. Groundnut oil possesses Vitamin E, which is useful for maintaining skin health and phytochemicals, which are antioxidants.

Harvard health school recommends getting up to 15 to 20% of your daily calories from monounsaturated fats, which have numerous health benefits, including the ability to aid in weight loss.

2. A warrior against disease.
Among its many constituents, organic groundnut oil contains resveratrol, an antioxidant found to protect against heart disease, degenerative nerve disease, Alzheimer's disease and in some cases, even cancer.

What about diabetes? The amount of high unsaturated fats organic groundnut oil has helps improve insulin sensitivity and through this, regulates the blood sugar level. So yes, it helps in reducing the risk of diabetes too.

Most importantly, it acts as a war general by motivating your white blood cells to fight against foreign agents that attack the human body. This helps in creating a better immune system.

3. It takes care of you.
Organic groundnut oil, because of its Vitamin E content, constantly prevents your skin from harmful ultraviolet rays and protects it from radicals that cause wrinkles and blemishes. It helps to maintain the glow of your skin and prevents other premature causes of ageing skin from occurring.

Massaging painful joints with groundnut oil offers relief while applying it on your hair with tea tree oil and lemon can also solve dandruff issues.

4. It is the perfect cooking oil.
Organic groundnut oil is one of the cooking oils with a high smoke point of 232 degree celsius, which allows in setting oils at higher temperatures, especially while deep-frying food items. This ability to be heated to such high temperatures, ensures that fried foods have lesser oil retention taking away the health concerns that stop us from enjoying tasty food.

It has a pleasant aroma, is sweet-flavoured, free from cholesterol, and contains essential fatty acids like Linoleic acid and Omega-6 making it one of the healthiest cooking oils.

Other things you should know -

1. A saviour in times of need.
During the second world war, the United States ran into a severe shortage of other other oils. Groundnut oil came to their rescue proving a useful substitute. Admirable.

2. A soap opera?
Many vegetables fight for the claim to be called the best oil for soap making. Well throw in groundnut oil into the hat too. With the process of saponification, groundnut oil is used to make soap. It is true!

3. Fuel for food, but also your car?
In the 1900 Paris exhibition, on the French government’s request, the Otto company demonstrated that groundnut oil can also be used as a source of fuel for the diesel engine. Was it the first ever use of biodiesel technology? Fuel for thought.

1. Ragda Patties
A favourite evening snack, groundnut oil is perfect for cooking the patties in.

2. Barebecue marinades
The smooth, nutty flavour adds a dash of flavour to the meat and along with garlic oil is perfect for marination. In fact, its high smoke point means it is great to use on the barbecue as well.

3. Delicious fried food
Groundnut oil is perfect for frying, so whether it is vadas, pakoras, puris, samosas or jalebis, it should be your go-to oil. 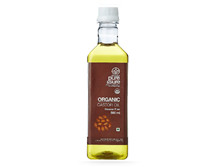 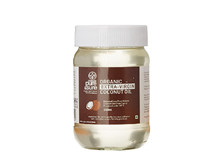 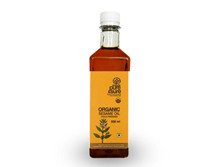 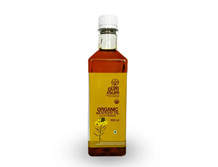 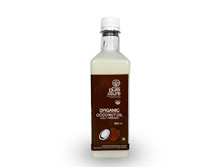 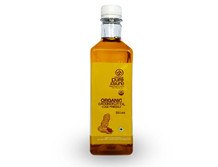 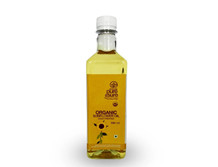